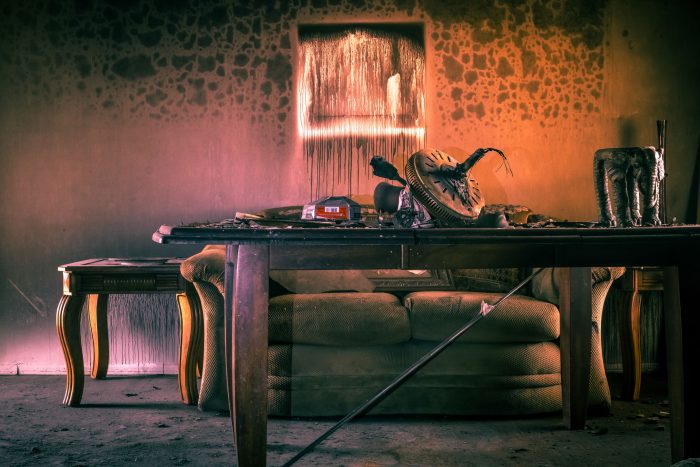 What You Need to Know About Fire Damage Classes, Dangers, and Cleanup

Fire remains one of mankind’s most dangerous foes, despite modern advances in prevention and fire-resistant materials. Each year, fire damage ravages hundreds of thousands of homes and businesses throughout the United States. And because fire is such a destructive force, any blaze in a home or business is almost certain to cause at least some level of damage. To understand just how destructive fire can be, it is important to understand the different classes of fire damage and the risks they can pose to your home and health.

As a rule, fire damage fall into one of six different classes. The type of fire damage your property suffers will often play a major role in determining the level of damage sustained. Those six fire damage classifications include:

The Most Common Types of Fire Damage

In addition to those six basic classifications, fire damage can differ in severity based on the type of fire. Kitchen fires are among the most common types of fire in homes, and often occur due to improper use of frying pans. Typically, these incidents involve grease fires that can be extremely dangerous and cause extensive damage to the affected area. Electrical fires from faulty wiring, bad outlets, and degraded breaker boxes are another common problem. In addition, fires can occur as a result of improper use of appliances like portable heaters.

It’s also important to understand that direct damage from the flames are likely to be accompanied by secondary damage as well. That damage may include:

Fire damage is nothing to be taken lightly. While everyone recognizes the physical damage that fire can cause, it is vital to understand that fires leave behind many health risks too. Consider:

How Professional Fire Damage Cleaning and Restoration Can Help

Because different fire classes and types can create different levels of damage and risk, it is always important to make sure that you have the help you need to properly clean up and restore your property in the aftermath of any serious fire. At Ross Cleaning and Restoration, our fire and water damage experts have the experience and expertise needed to thoroughly cleanup any fire-impacted area and restore it to its former state. Give us a call today to learn more about your home’s fire damage and get the restoration help you need.

Water Damage: Types, Risks, and the Need for Urgent Restoration

Water Damage: Everything You Need to Know

Ross Restoration is proud to be one of the best Fort Wayne home restoration companies operating in this area. Our cleaning and restoration services are second to none, and customer satisfaction is always our top priority. At Ross, our customers are like family – and we want our family to enjoy homes that are free from dirt, debris, fire and water damage, and anything else that might diminish your quality of life.